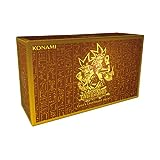 arrow_forward3 ultra rare token cards. Each one depicts one of the three legendary duelists of the original animated series With their signature monsters!

arrow_forward43-Card deck based on Yuji and his unstoppable exodia, the Forbidden one. For the first time in more than 8 years, brand-new cards to help assemble the five pieces of exodia are included! This deck also contains all 3 playable versions of the Egyptian God cards, available together in one place for the first time ever!

arrow_forward43-Card deck based on kaiba and his legendary engine of destruction, blue-eyes white Dragon! For Seto kaiba, might always made right, so this deck is packed with powerful monsters and destructive spell and trap cards!

arrow_forward43-Card deck based on Joey and his ferocious red-eyes B. Dragon! No one grew more as a Duelist and a person during the original series than Joey, so this deck includes cards that grow and change from turn to turn like red-eyes black flare Dragon and red-eyes archfiend of lightning. 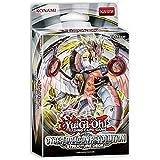 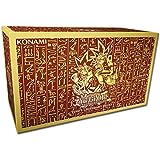 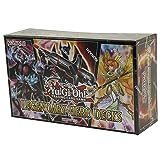